It is a wine rack designed with an abacus motif. Abacus is ‘Ju-Pan’ in Korean and ‘Ju’ originally means tree branches. The branches are the beads on the abacus and used for counting.
As the letter, ‘Ju’, is used for different words with different meanings in Korean, I saw ‘Ju’ as alcoholic beverages and expressed the abacus beads after the shape of Korean traditional drinking cups.
In addition, by likening the abacus frame made of a thin sheet of wood to Sabang Tahkja which is called the modernist four-sided table among traditional furniture, I expressed my Abacus Sabang Tahkja
(abacus four-sided wine rack) as a piece of furniture holding bottles of wines. 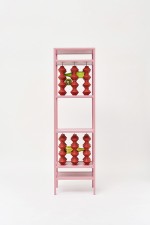 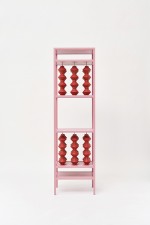 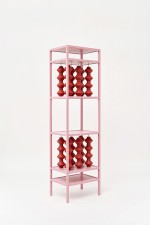 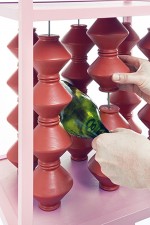 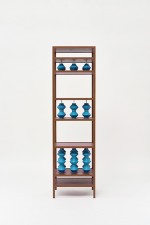 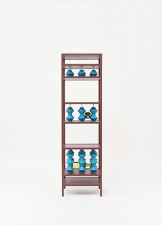 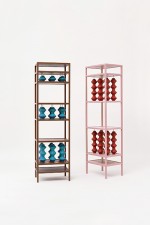